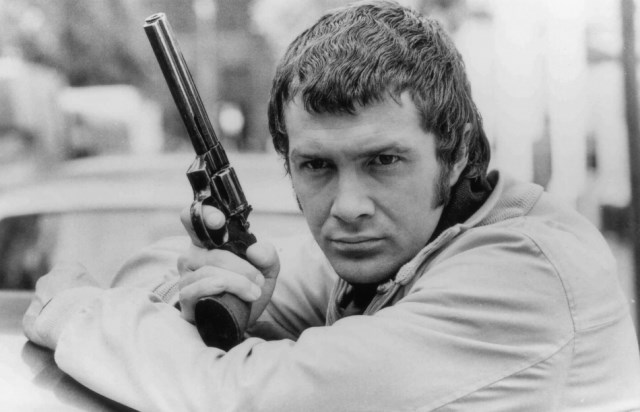 With the passing of actor Lewis Collins at age 67 in Los Angeles earlier this week, Jack Yan looks at a childhood hero and why he typified the coolness of his era.

1. The cars
The Triumph Dolomite Sprint Lewis Collins’ character, William Andrew Philip Bodie (he was a ‘regal-looking baby’) had in The Professionals had more power than Doyle’s TR7. And his Capris were far cooler. So cool that eventually, even Doyle had to follow suit and get one to replace his Escort RS2000. (In real life: the RS2000 was stolen.)

2. The clothes
In his roles, Bodie was well dressed in The Professionals, sharp suits in the first season contrasting Doyle’s casual look. As Cmdr Peter Skellen in Ian Sharp’s Who Dares Wins, Collins showed that he could wear well tailored clothes as well as an SAS uniform exceptionally well. In one of the last appearances I saw him in, the German series Blaues Blut (which was created by The Professionals’ Brian Clemens), Lew showed he could pull off a bowler hat.

3. The hair
Not having a bubble cut is a good thing.

4. The machismo
After playing an SAS commander in Who Dares Wins, Lewis Collins signed up and passed the entrance tests, but was rejected for being too famous. He auditioned for James Bond but was deemed ‘too aggressive’. In a pub brawl, you’d want Lew, and not Ross Kemp, on your side.

5. The twinkle
Lewis Collins had a twinkle in his eye in everything he did, whether it was a bit-part in The New Avengers (where he teamed up with Martin Shaw) or spoofing his character on The Freddie Starr Show. That’s what we’ll miss the most.

Jack Yan is publisher of Lucire and a former contributor to The Authorised Guide to The Professionals.